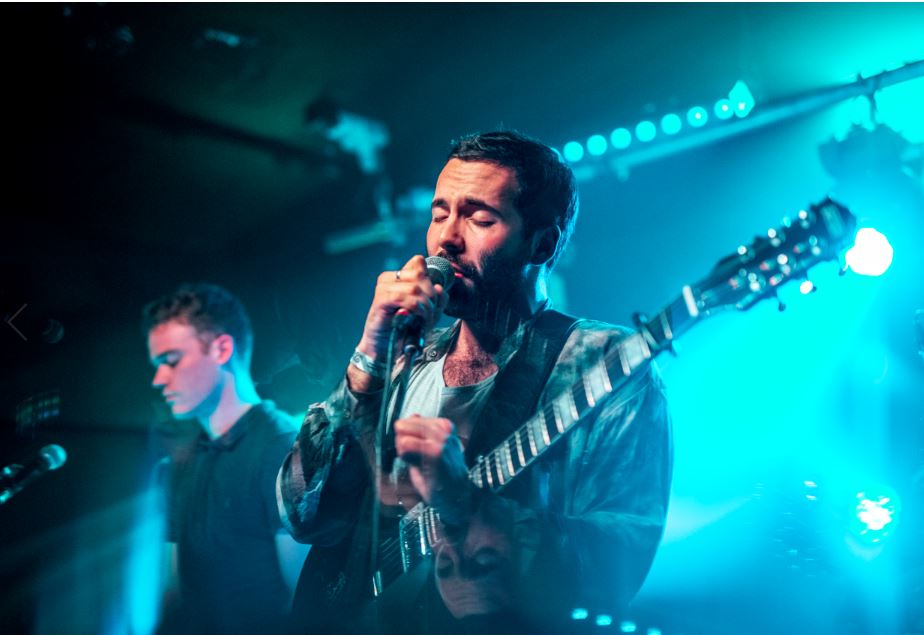 “The multi-instrumentalist has already established himself as a calm and assured talent. With a voice full of a sorrow and a heart for songwriting…”In Visions” is a swirling haze of intelligent synth work and yearning vocals that sounds almost orchestrated rather than assembled’ – The Line of Best Fit

“Channelling electronic producers from James Blake to SOHN, ‘Zero-Sum’ largely fits into the same box, but comes with a much warmer texture, feeling as akin to homely folk as it does icy electronica” – DIY Magazine

After working with Ed Tullett (Novo Amor, Hailaker) on his previous Silhouettes EP, garnering praise from Radio 1’s Huw Stephens and opening for Rhye at London’s KOKO, JJ returns with a delicate and emotional selection of tracks. JJ’s new single ‘Timshel’ and the upcoming EP ‘The Theft & The Flight’ has all the tenderness and artistry of Sufjan Stevens, Nick Mulvey and Bon Iver while also capturing its own voice and tone. Acoustic guitar-led with soft falsetto vocals, incorporating subtle, dappled sampling, electronics and piano, the new work is an exploration of JJ’s rich and intense, emotional soundscapes.

Following his first EP, JJ went back into the studio to arrange a new body of work. Having spent the early years of his career as a topliner and collaborator, he thought it time to take a considerable catalogue of songs to his band and work with singular vision to create the sound he wanted.

Juxtaposing gentle music with the unflinching chronicling of real-life events, JJ’s approach to songwriting has seen him gain high praise from the likes of The Line Of Best Fit, Riot Mag and DIY. Interested in honestly reflecting his perspective in any scenario, he talks of surreal experiences or confused detachment with the same gravity as moments of sober reality.

Drawing inspiration from great songwriters and innovators such as Big Thief, Radiohead and Wilco (as well as both Bon Iver and Sufjan Stevens previously mentioned), JJ’s ambitious work is soon to be released with arrangements already made to be performed in front of audiences in a powerful and compelling live show. Expect moments of vulnerability punctuated with defiance and raw emotion as JJ weaves songs of real beauty and influences collide. Searingly honest lyrics hit home with JJ’s voice ably switching between registers, rinsing every drop of emotion from the material.

‘The Theft and The Flight’ EP

That’s What I Call Progress!

…if you’re awake in the night

The Theft and the Flight

Bard to the Bone! Remarkable Chanteuse and Composer,...

Adam Broadway’s “Down the Front” – A Lifetime...

The Hair-Raising Fall and Rise of The Bald...