Singer-songwriter and self-proclaimed “dyke in a hat”, Anita Gabrielle, has spent her life fighting against obstacles put in her path as an artist, from being a woman to being gay and as an older woman in the music industry still finds her opportunities to be heard limited. However, for her latest releases, the forthcoming EP, Just Neat and the single, Best Friends, she has found inspiration from her brother, Michael, who lives with Parkinson’s Disease and is looking to raise both awareness and funds to assist others affected by the condition. Inspired to first pick up a guitar and write music after he introduced her to the music of Joni Mitchell in the late sixties, the EP is a tribute to their relationship and also features the redoubtable talents of Grammy-award winning Amy Wadge (best-known for her songwriting collaborations with Ed Sheeran), who sings and plays piano on the EP. 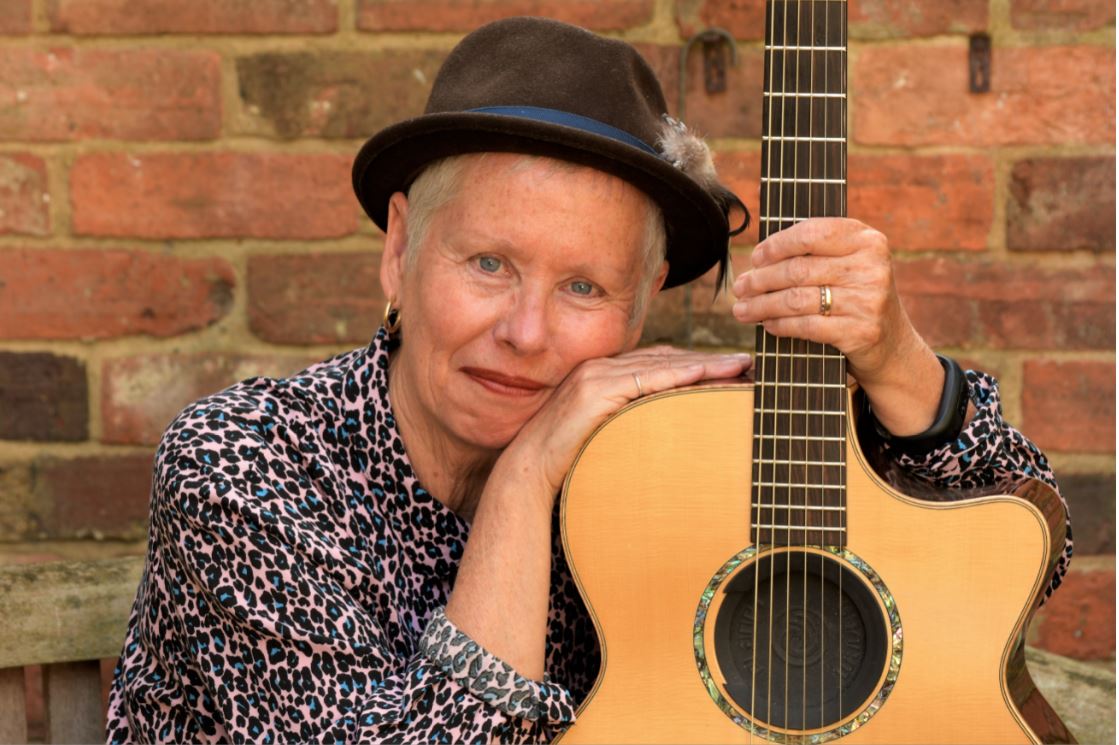 Based in Bedford, Anita Gabrielle has been writing and performing music since the late 1960s when her brother Michael introduced her to the music of Joni Mitchell, someone who has since become an idol to Anita. In the 1980s, she achieved national coverage of her band, The Crew, in Melody Maker, as well as supporting icons such as Divine and Labi Siffre and has continued to write and perform ever since, firstly with ZeNaNa and ‘mature girl group’, The Favourite Aunties, honing her sound to include elements of pop, acoustic rock and folk. Last year, her beloved brother Michael was diagnosed with Parkinson’s Disease. Resolving to bring some good from this challenging situation, she has produced a brand-new EP and is donating funds from sales into research into the disease. Her efforts attracted the attention of Grammy Award-winning songwriter Amy Wadge who contributes vocals and piano to the forthcoming single, Best Friends.

“Obviously, I was absolutely thrilled to be supported by someone with the credentials of an artist like Amy, who not only has worked with Ed Sheeran but many other major artists such as Camila Cabello and Lady Antebellum too”.

Anita is a passionate campaigner for older womens’ rights and LGBTQ+ issues, herself having being ‘outed’ as a lesbian by a newspaper just as her music career was taking off in the 1980s. Recently battling back from a cancer scare herself, the removal of a kidney and a hip replacement, her passion and energy is evident in her new songs, exquisitely-crafted acoustic songs which strike you straight in your soul, from the plaintive Best Friends to the delicate swoon of Avenue Louise, whose lyrics describe the first meeting of Anita’s parents in Brussels at the end of WWII, to the incredibly pertinent sing-along, I Want to Go Outside Again! The digital version of the EP also comes with the added bonus of an orchestral version of Avenue Louise.

Band Collaborations Which Should NEVER Happen

Toby TomTom Navigates the Road to Success with...