Title: Tales of Blood (in a Hot Distant Land)

Live in the UK

Many choose to travel simply for personal pleasure but Ido Spak has ensured his journeys are available for everyone to experience musically. Though originally from Israel, Spak has travelled the world, experiencing music, sound and rhythms of all kinds, bringing them together in a way which takes the listener through lands which are both familiar and alien. Spak’s forthcoming album, Tales of Blood (in a Hot Distant Land) is typically diverse, featuring a track written for his sadly departed dog, Funny (the humourously-titled, Bush Pisser), another paean to a canine friend, Dribsi and other pieces which take inspiration from the musicians of Iran, Syria and Palestine to conjure up images of deserts beneath vast skies, bazaars and bustling communities. Constantly shifting in tone and texture, Ido Spak’s music is never less than utterly enthralling. 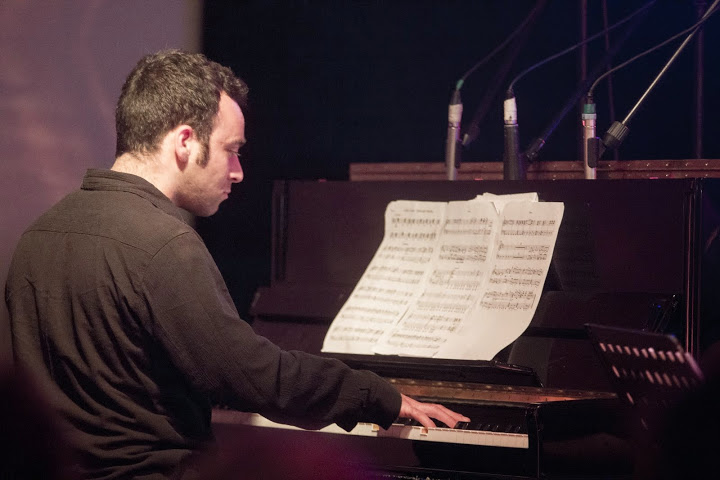 Born in Israel, Ido Spak has lived in Holland, UK and Germany, though his travels as a musician have taken him to areas that could well be described as ‘off the map’. Spak is determined in his approach to jazz, dedicated to making his performances a constantly evolving process, eschewing the conventions of playing standards and using the left hand on the piano to improvise as much as the right, regularly interchanging between the two. Inspired in his youth by rock music and classical composers such as Beethoven and Liszt, he developed a passion first for bebop, then the techniques of Berg and Schönberg, in particular their use of twelve-tone serialism.