Home MusicLive Prancing to a Venue Near You – El Pony Pisador Bring Folk-Fusion from Barcelona to the UK!
LiveMusicNewsPress Release Heaven

Prancing to a Venue Near You – El Pony Pisador Bring Folk-Fusion from Barcelona to the UK!

El Pony Pisador (The Prancing Pony – a Lord of the Rings reference!), are the folk-fusion group from Barcelona that are about to explode onto the UK folk music scene. The band has not let their hometown’s distaste for folk music stop them from getting their music out there in creative ways, from creation of funny meme videos featuring their instruments to playing a concert to an audience of goats (see picture below of the band + friends posing with the goats)! Completely innovative in their own region and country, the group is one of the first groups to sing sea shanties in Catalan, the first group ever to write a yodel song in Catalan, and the first Spanish group to feature Tuvan throat singing. Moving away from the hostile attitudes towards folk music in Barcelona, the band now embark on their first ever UK tour in March. 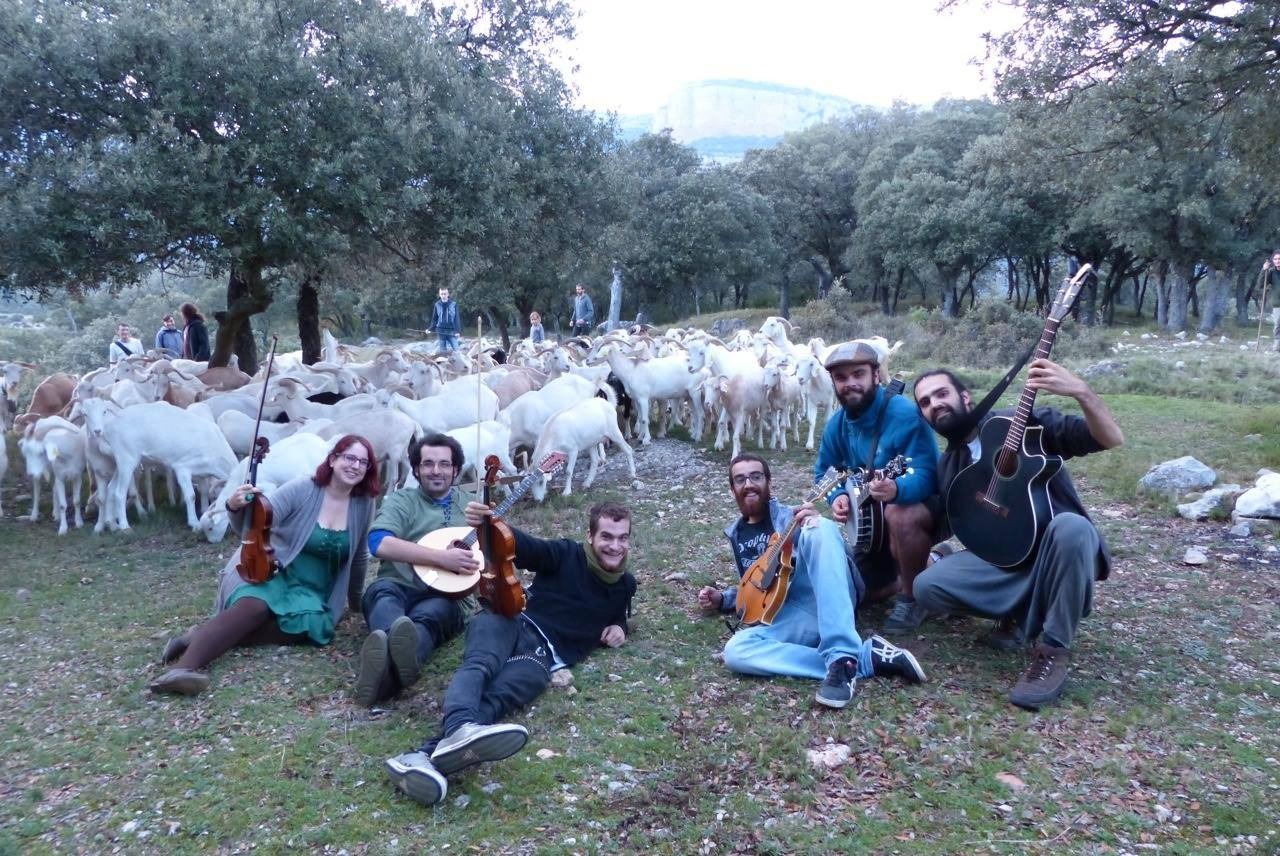 A frenetic and fun trip through music from all over the world, El Pony Pisador treat you to a mix of many folk elements on their new album Matricular Una Galera, which was released at the end of last year. The musical styles featured include, traditional tunes from Ireland to Bulgaria, shanties, yodelling, Tuvan throat singing, bluegrass – to name but a few!

Whether they’re playing the banjo on a unicycle for their Instagram fans, or cracking jokes and playing games with their audiences, the group is always ready to entertain. What might be deemed a boring, pretentious and old-fashioned folk show becomes a party for everyone! The group has partied with audiences from all over the world – including the Eurofolk Festival in Ingelheim and concerts in the Netherlands, France, Canada and the US. As well as their UK dates in March, the band will be playing to audiences on the other side of the world at Albany International Folk and Shanty Festival and Fairbridge Folk Festival in Australia. Don’t miss the celebration that they’re bringing to the UK this year!

Michael Tinholme ‘I Don’t Want to Cry for...