Having made a name for himself as a successful composer of music for film and television, Roly Witherow has chosen an entirely different direction for the first solo release – traditional folk music. Telling stories through his music comes naturally to Roly and by expanding his universe to include sea shanties, styles from not just around the British Isles but also around the world, as well as the whole gamut of life, love, death and a dash of humour, Ballads and Yarns provides a modern yet classic celebration of the art of folk music.

Ballads and Yarns is preceded by the rollicking sea shanty, Row Bullies Row, recorded most famously by Ewan Maccoll but now updated to feature electric instruments and even Korg synthesiser, with an even keener emphasis on the sleazy and the bawdy, a brilliant and evocative tribute to the crumbling British seaside town! The album is a diverse collection of folk styles, from the  lullaby on the plight of Mankind in Paean to Earthly Things; the sparse and plaintive lament, Lord Franklin (notably recorded by Pentangle) and Wedding Song which even features a recording of Devonshire sea shanty collective, The Old Gaffers, from Roly’s wedding day! The reworking of traditional songs on Roly’s debut album are reverential whilst taking them into a more widescreen territory, fitting perfectly alongside his originals which both tug at the heartstrings and nibble at the funny bone! 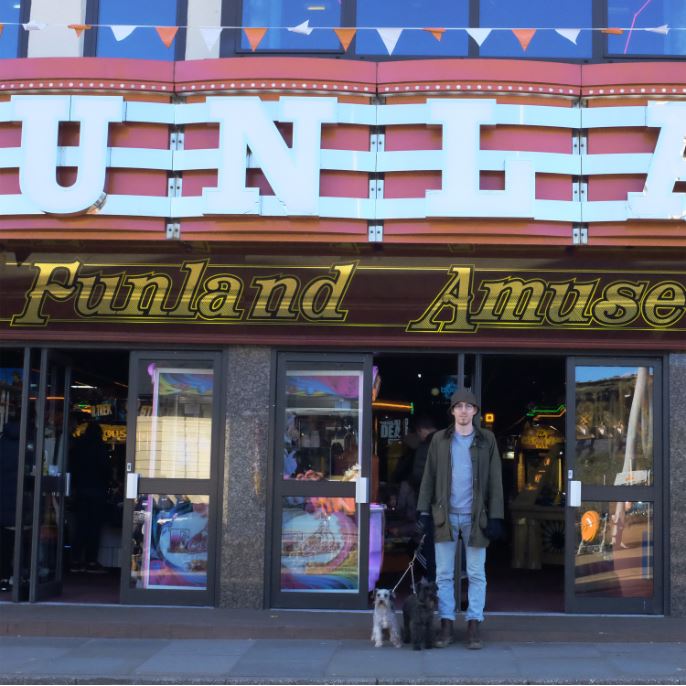 Hailing from Peckham, London, though currently based in East Portlemouth on the South Devon coast during the lockdown with his heavily pregnant wife, Roly Witherow has composed for television programmes such as BBC’s hit, Who Do You Think You Are? and Channel 4’s On the Edge as well as for films such as 2014’s Gregor; Sex Ed (2017) and Try (2018). Ballads and Yarns was written and recorded in Roly’s own home studio and was mixed by Joao Noronha in Brazil (where his wife hails from). A nod to the past, present and future, Roly Witherow’s Ballads and Yarns is 21st Century folk music in all its glory.

Rock Royalty Assemble to Back Charmian Devi on New Single

Soul Diva, Rhea Sun, Signals The Return of the Macklife!

Jazztronica Geek Out Bonanza! The Year’s Most Unlikely...