Lui Krieg & The Alchemysts of Sound are Ready to Become Your Rock Overlords!

Prepare yourselves for a rock experience like no other – Lui Krieg and the Alchemysts of Sound are ready to send your head spinning with Upside Down, a track which combines their classic rock stylings with elements of spirituality and mysticism. A never-more pertinent critique of the current state of the world and society, it’s the perfect introduction to a front man reverentially dubbed, “The Crystal King” and a band which features legendary Cosmic Percussionist and producer extraordinaire, Paul Foss! The first taste of the band’s album, Spirit Rise, Upside Down is a driving, intense experience, destined to change your view of the world!

It is written in the stars that Lui should take to the stage as a rock star – after all, this is a man who is known worldwide for his sparkling rocks! The rocks in question are crystals and gemstones. It is in the world of the spiritual and mystical that Lui has spent his life, journeying from his homeland in Germany to South-East Asia, Africa, South America and finally to where he now calls home, Glastonbury, The Isle of Avalon. Establishing himself as the go-to guru for all things Crystaline, Shamanic and Magical, he now turns to a passion that has burned within him throughout his life – rock music. The Alchemysts of Sound are vocalist Lui and drummer, multi-instrumentalist and producer, Paul. They are supported by the guitar legend Kit Morgan, (famed for his work with Jethro Tull’s Ian Anderson and Curved Air) and the powerful voice of Zoe Munroe. Lui is ready to live his dream, bringing the spirit of rock to a new audience.

Regularly turning heads in Glastonbury and on his travels all around the world, as startled onlookers confuse him with legendary Led Zep frontman, Robert Plant. Lui was inspired to write Upside Down when he was standing on his head…quite literally, upside down!

“I went to Tulum, Mexico for three months last winter to prepare myself physically and mentally for the Lui Rocks campaign! One afternoon on the beach I was doing a headstand as part of my yoga practice and as I was standing on my head looking out to the beach I received the words, ” this world is upside down, let us turn it around”. When I sent a picture of me doing a headstand to my producer, Paul Foss, he replied that this is a great idea for a great song that reflects the state of the planet at this moment in time! A new song was born!” 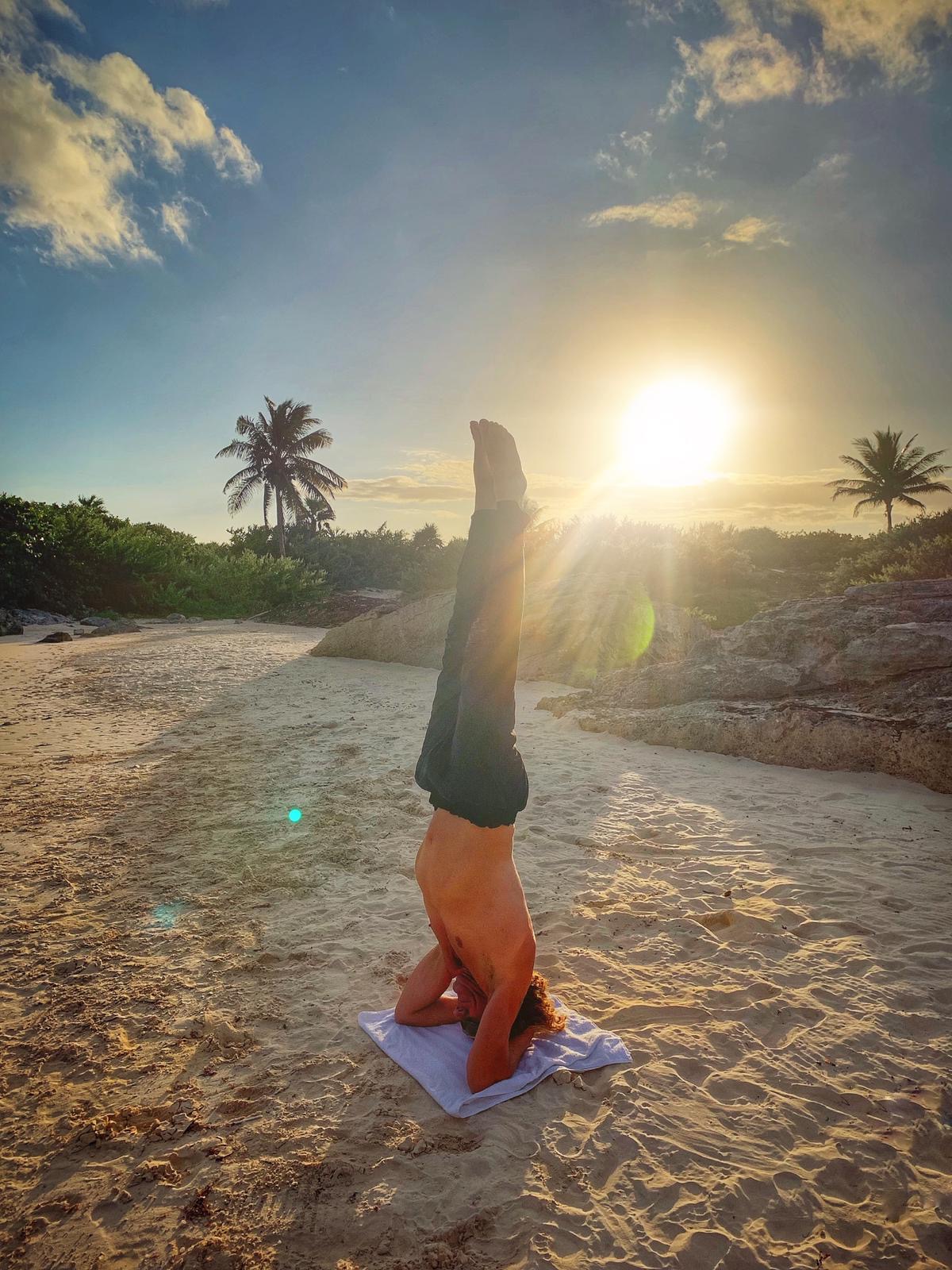 Upside Down is your introduction to rock’s latest, greatest character.

Rendacium (Ren-Day-Sea-Um) Enlist Funky Si to Take on the World!

Omosefe Looks to Inspire Unity Through Music and...