Chris Andreucci is the latest musician from the Italo-Scottish talent pool to be signed up by a label, following in the footsteps of Paulo Nutini and Lewis Capaldi. Signed to Nashville-based label Century Music Group in 2019, Glasgow-based Chris has already played headline shows at Glasgow’s iconic venue King Tut’s Wah Wah Hut, the Celtic Connections show at Glasgow Royal Concert Hall and is gearing up for his biggest show yet, Country 2 Country at the SSE Hydro, alongside such megastars as Luke Combs, Darius Rucker and Tanya Tucker. Currently mixing and mastering his debut EP, One Night Stands and Bar Room Seats, Chris Andreucci is the Italian-Scottish country musician with his sights set on world domination. 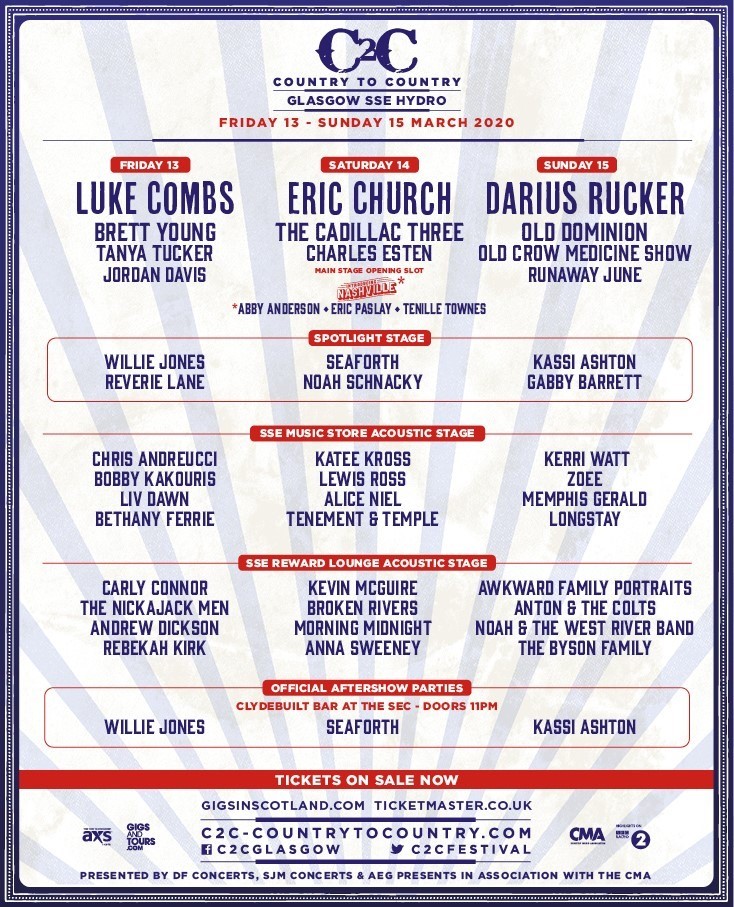 “Pulling from his Scottish roots, Singer-Songwriter Chris Andreucci brings a fresh sound to Country music. It was an easy decision for our company, Century Music Group, Nashville, to sign Chris to a Publishing and Development deal. He ticks all of the boxes we look for in new artists: unique talent, professional mentality, strong work ethic, and being a team player. We are extremely excited for the release of Chris’ new 6 song EP, “One Night Stands & Bar Room Seats,” that I produced and recorded in Nashville, Tennessee along with my amazing team.  We are thrilled to be an integral part in the evolution and direction of Chris’ music career and look forward to what the future holds for him.”

A trip to America in May 2019 and a proposed handful of dates in Nashville led to CEO Art Ward of Century Music Group immediately expressing his admiration and signing Chris to the label on the spot. Returning to Nashville in December to make his first recordings, the first fruits of his labours will be released in May, a perfectly-honed 6-track collection of modern country classics which immediately evoke the sounds of some of his heroes: Luke Combs, Brad Paisley and Brent Cobb…all with a distinctly Scottish twist.

Led Zeppelin DID Write Stairway to Heaven After All…Who Knew?!