Adelaide-based singer-songwriter Josh Kroehn has wowed listeners in his native Australia with his debut EP and is now looking to introduce is painfully barbed, heart-wrenching songs to a brand-new audience. His startlingly honest lyrics and fragile delivery give an urgency and poignancy to his songs, whilst his unusual guitar tunings and fingerstyle technique, leaving listeners bewildered that he is playing solo. His brand-new track is the stunning, purely acoustic, Never Found, a hugely affecting release in which the lyrics see him leaving behind a fabricated persona he had created to become the real Josh. The first glimpse at his debut album, to be released later this year, it sees an artist at the top of his game, ready to beguile music fans worldwide with his starkly honest confessionals.

“Something I’ve found has made me say goodbye to my processed life.”

These lyrics from Josh Kroehn’s previous single, Processed Life, shed light on the drive and motivation of an artist who has followed a dream to pursue a life as a singer-songwriter. The release of Processed Life and the subsequent EP, Something I’ve Found, were met with immediate success in Josh’s homeland of Australia, seeing him debut in the Triple J Unearthed charts, peaking at number 7 and earning rave reviews from Triple J presenters and producers, not to mention glowing reviews in Happy Mag, Buzz Music and Glamglare. His brand-new single is Never Found, further evidence of Josh’s almost brutally sincere and candid song-writing, coupled with his imaginative and thrilling acoustic guitar work.

Josh’s passion for music developed from a young age. Discovering his parent’s collection of LPs and CDs led to a broad and at times eclectic taste in music. His appetite for new music fuelled his curiosity to discover new and different genres and the plethora of instruments that created these sounds – this exploration drew him to the guitar at the age of 9. His guitar playing style as a youngster was initially driven by the energy and raw emotion of heavier music and in particular by his idol guitar icons James Hetfield and Kirk Hammett of Metallica, and Tom Morello of Rage Against the Machine, however, a change in schools in 2011, meeting new friends and the life challenges we all face conspired to reveal a deep-seated emotional connection to music which opened his world further to genres of all types. 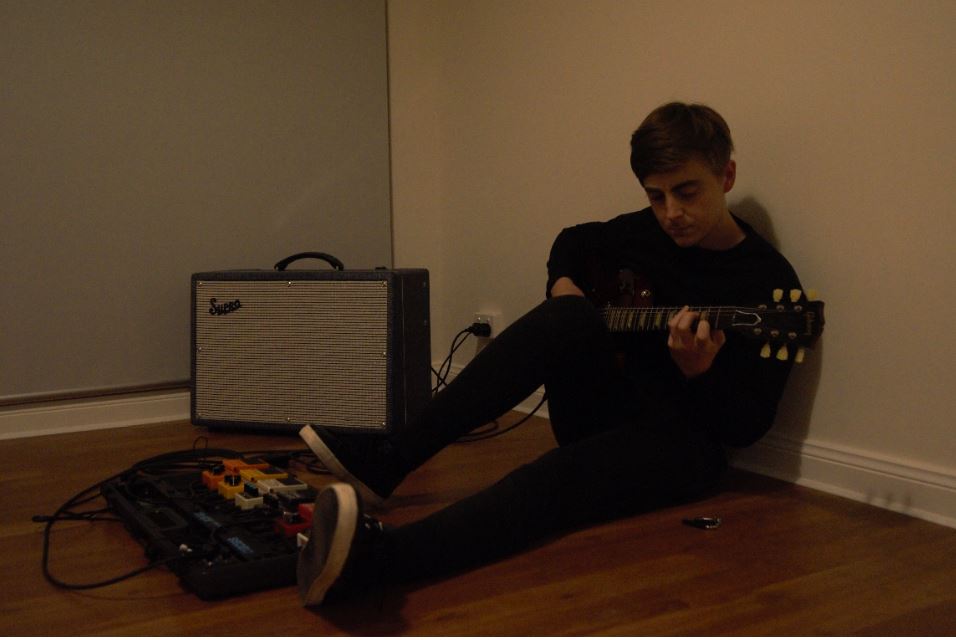 The diversity of his early influences in addition to those he has found later in life have shaped the type of music that he composes, in particular the virtuosic guitar playing of Ben Howard, John Martyn and Nick Drake, as well as the compositional approaches from Radiohead and Talk Talk. Josh has performed in various venues around Adelaide, South Australia, delivering a live show where the audience is absorbed into his musical compositions and can expect the unexpected. Josh’s original tone and unconventional guitar techniques take centre stage.

Josh’s music delves into a world where his guitar playing creates textures that carry, conflict and challenge his vocal tones and colours in biographical confessionals. Josh’s music is written about life, and one thing that you can be assured of is that the music will always come straight from the heart and be uniquely authentic. And that’s all he really cares about.

Singing Soldiers: Fighting the Effects and Stigma of...

Heart Through Sacrifice Redefines The ‘Album’ In Colossal...