Wiyaala, one of the world’s most charismatic artists, has released her second album, Sissala Goddess, a fascinating, often moving glimpse at Africa old and new through the Young Lioness of Africa’s eyes. Sung partly in her home village Funsi’s dialect of Sissala, one of the world’s most endangered languages, she is both celebrating the stoicism and love of those who have supported her as well as challenging traits which are sadly not confined to her local scene – bigotry, jealousy and greed. The album also features Wiyaala’s interpretation of the legendary band Osibisa’s “Woyaye (We are Going)”, a song she has performed live with the band’s founder and singer, Teddy Osei.

Known to her legions of fans as “The Young Lioness of Africa”, Wiyaala has won over fans across the world, all the more remarkable due to her coming from Ghana, a country with a notoriously conservative music industry, where any challenge to the norm is frowned upon. Her music is a potent fusion of West African folk songs and stadium Afro-pop, brought to life with spectacularly energetic traditional dance moves. “Wiyaala”, which means “the doer” in her local Sissala dialect, is from Funsi, an African village in the Upper West Region of Ghana close to the borders of Burkina Faso and Cote D’Ivoire. Thanks to a musical mother, she “dodged” FGM and child marriage, whilst also being encouraged to be an entertainer, dancer, artist and athlete, despite growing up in a patriarchal society frequently hostile to artistic growth. 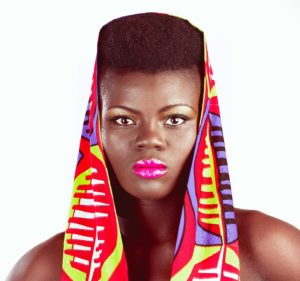 In 2012, she made the long journey to the capital city, Accra, and against the odds won an emphatic victory in the Vodafone Icons Reality Show. After being “spotted” by Rita Ray of BBC’s Global Beats in 2014, the door opened and Wiyaala has emerged as one of Ghana’s leading international touring artistes performing at top events and festivals all over the world, including the Commonwealth Games 2018 in Australia, WOMAD in the UK and Timitar Festival in Morocco. 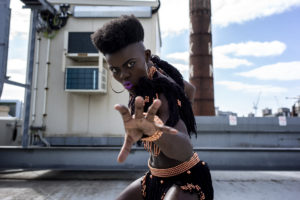 The ever-resourceful Wiyaala, who designs and sews her own unique stage costumes, is finding more and more ways to charm audiences with her warmth and unique talent.  Wiyaala is also a committed supporter of the arts in Northern Ghana having created and organized the The Djimba World Music Festival now in its third year. She is also an active influencer for UNICEFGhana and fights for the abolition of FGM, Early Child Marriage and the rights of children”. Ignore Wiyaala at your peril!

The Jimi Hendrix of Folktronica Releases Magpies on Acid