The Incendiary Rock of the Great Tadini!

Tadini is your new rock hero from the West Coast scene. Armed with a guitar, a phalanx of Moogs, the odd Mellotron and a theremin set to ‘stun’, he is a one-man army of sound, drawing deeply from the musical wells of Jimi Hendrix, Led Zeppelin, Pink Floyd and the maelstrom of rhythms and melodies from his native Brazil. Turn up the volume to 13, switch on the lava lamp and get your orders in at the bar, this a glorious nod to the rock giants of old and for first glimpse at a modern musical magician at work.

Born in Brazil to Italian parents…then going to a Chinese school where he learned to speak Mandarin…now settled in Los Angeles, it’s little wonder that Lucas Tadini’s music is a journey not only through his musical influences but also the sounds of the cultures he has been exposed to. After studying at the world-famous Berklee College of Music, Tadini has played in bands such as TüR and Mais 55 from his hometown of Sao Paolo and Skunk Oil in LA, experiences with have allowed him to hone his skills as a singer, keyboardist and guitarist, as well as his production and arrangements, not to mention the opportunity to play with such legends as Jota Quest, Seu Jorge and drummer supreme, Kenwood Dennard, as well as the world-renowned conductors, Henry Leck and Joao Carlos Martins. 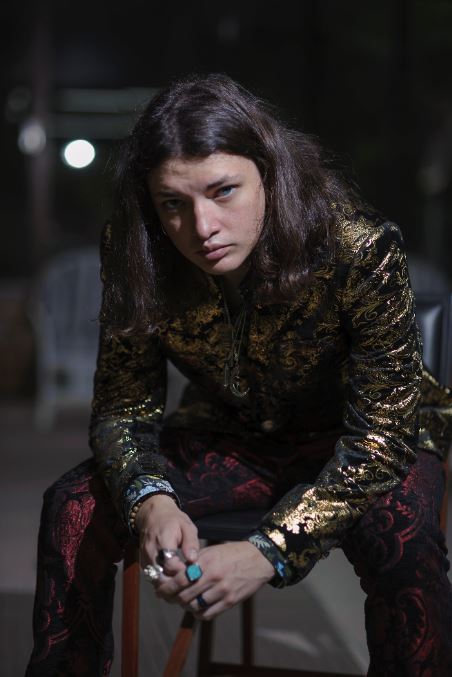 The Arsonist is Tadini’s debut solo single, the sum combination of his musical journeys so far and the first teaser from his album, Collective Delusion, to be released later this year and who better than the man himself to explain the meaning behind it:

“It’s the first song I wrote for the album. It is about setting one’s old self on fire (therefore the arsonist) in order to start fresh, kind of like a Phoenix. It symbolizes the beginning of my solo career”.

Written as he relocated from Boston to Los Angeles, it is a universal message to accept and embrace change. Naming influences as diverse as The Beatles, Vincent Van Gogh and his faithful cat, Lucifer, Tadini is a multi-cultural, musically astounding phenomenon, the breath of fresh air the world so desperately needs.

Isolation is No Barrier to Zipten’s Enchanted Galaxy...

Sky Barkers – ‘Give You Love’

From Wall Street Wolf to Doves of Peace...