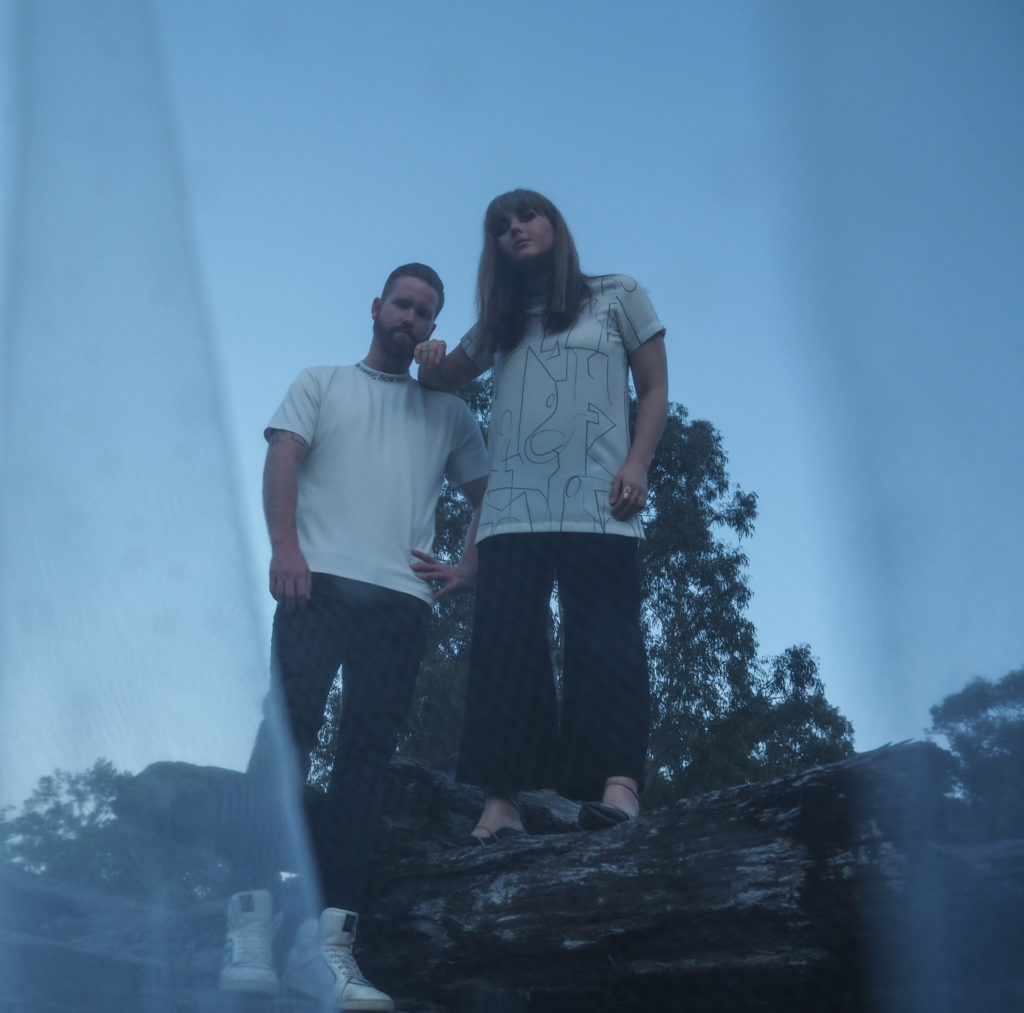 Brother and sister Jake and Ashleigh might appear to be the archetypal Australian dream: carefree lives under constant Gold Coast sunshine – sadly, the sunshine has regularly turned to darkness. A life often leading to substance addiction, destitution and chaotic relationships threatened to engulf both their lives before fate intervened and their subsequent rebirth as one of dream-pop’s most exciting talents. Peter Pan is their debut release, a magnetic whirlpool of imagery, glistening guitars and Ashleigh’s achingly gorgeous vocals. Mona Visa are life affirming and vital in every sense.

Ashleigh: “This song comes a lot from drug abuse and the underworld of the artist. It says in the chorus:

‘fell down the rabbit hole, there is no wonderland’

I’m talking about that place you get to internally when you are addicted to the rush and the thrill; whatever it may be. For me it was everything. Drugs, alcohol, high-risk behavior, the type of men I would choose to involve myself with – which is what I sing about in this song. Specifically, with this song, I’m speaking about a man who emulated all the toxicity I was attracting. I see this track as my own personal call to action; it’s me saying, ‘no more’. I knew if I kept up living the way I was, I was choosing an early death. Life’s not a dreamscape, it’s not a Fitzgerald novel; you must wake the hell up and stand for something. I was an elusive fairy.”

Jake: “For me as a musical artist and writer, I’m looking for a place to run to. A place of peace and tranquility that shelters me from the cyclone that was, and sometimes still is, my reality. Music is my happy place, and the only thing that provides that shelter. I tried for so long to drown myself in alcohol and substances to numb past pain and ended up only creating a false reality, which consistently came crashing down on me – each time worse than the previous. Playing, writing and surrounding myself with music is my one true happiness, a reality that isn’t false, and a happy one at that. I see these songs as a podium for Ashleigh’s lyrics, and the beginning of what I intend to be a long musical adventure”

Ash is an independent fine artist and fashion curator, Jake a full-time musician. Both are very close and spend every possible breath and second spare working together on their own music with all their energy poured directly into the music. Ashleigh is more the eccentric, anarchic, artist type, whereas Jake is grounded and softer. Merging their combined experiences, warts and all, and retreating to the seclusion of the Australian bush, their tracks build to molten crescendos, emotionally gut-wrenching and endlessly rewarding. Peter Pan was recorded with ARIA award winning producer Govinda Doyle (Angus & Julia Stone; Big Jet Plane)

Stripped Down to a Trio, Forthcoming Album Shows...

MASK Attacks the Hand that Feeds with “The...