Home Film & TV What Happens When an Artist Really Loses their Heart…or their Voice?
Film & TVMusic

What Happens When an Artist Really Loses their Heart…or their Voice?

When comedian, Bob Mortimer, was told he needed an emergency triple heart bypass or risk almost certain death, he naturally feared for the worst. Five days after going to the doctor with what he self-diagnosed as a chest infection, he was undergoing drastic surgery to replace heart valves which were 95% blocked. During his slow recovery he remained at home for the most part, partly as walking was nigh on impossible, partly because his will to perform comedy had left him. The darker, serious side of life had enveloped him and “jokes” didn’t come into the equation. Until close friends talked him round, he was, in more ways than one, the comedian who lost his heart. 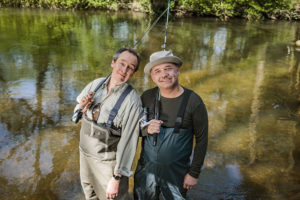 Aged 25, opera singer, Jonathan Cilia Faro was diagnosed with cancer. To anyone, this is a devastating, life-changing event but for Jonathan it also came with a wicked twist – it robbed him of his voice. With a natural gift for music, he was looking forward to continuing to tour the world singing but at this young age was almost overnight stripped of his voice. Surgery and chemotherapy affected him not physically but mentally, the experience leaving him to question whether music had any place in his (or anyone else’s) life. Much less make music, he now found it impossible to compose or even listen to music. An opera singer who literally lost his voice. 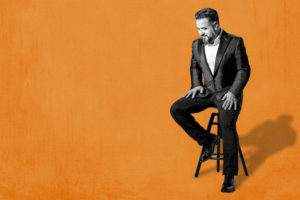 Like Bob, Jonathan’s glimpse at his own mortality led to him to question what really mattered in life. At their lowest ebb, what they had dedicated most of their lives to now seemed trivial. However, with the help of others, it eventually became what makes them unique. Their gift was to entertain, to inspire, to offer escapism for people to also leave their own dark worlds, if only for a short time, is a priceless one that few of us are lucky to possess. The work they have created since their life-changing events is a reminder that the very worst of times can still be the place where true inspiration is born.

Lui Krieg & The Alchemysts of Sound are...