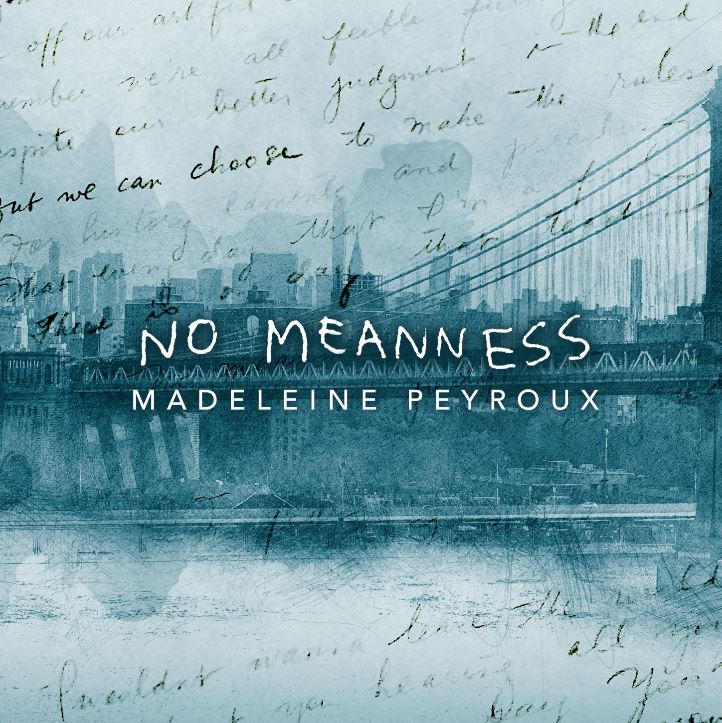 Fifteen years since her break-out album, Careless Love, sold over a quarter of a million copies world-wide and entered the UK’s Top Ten Album Chart, Madeleine Peyroux has continued to wow her fans with a voice which is regularly compared to that of Billie Holiday. Her forthcoming single, “No Meanness”, sees her in imperious form, her voice still swooningly gorgeous and with lyrics which show a more worldly-wise artist now happy to impart advice. Taking on board elements of country and Americana, this is Madeleine Peyroux at her very best, one of the world’s great voices and one of her most personal songs to date.

“Faintly sardonic, at once serious, amused and compassionate” – Metro

“A balance of vulnerable humanity and meticulous skill” – The Guardian

“A triumphant mix of the personal and the political.” – The Sunday Times

Madeleine Peyroux was born in Athens, Georgia and grew up between Brooklyn, Southern California and Paris, though it was in the City of Light where she found her voice. As a teen she was drawn to street music, and in 1989 she started to perform with a group of buskers. She then joined the Lost Wandering Blues & Jazz Band, becoming the only female in the group, which toured around Europe for several years.

Madeleine burst onto the recording scene in 1996, with her stunning debut album Dreamland. Madeleine was greeted with a veritable torrent of gushing reviews. Most raved about her smoke-and-whiskey vocals, often comparing her to the late, great Billie Holiday. Others wondered how someone so young could perform classic songs by Holiday, Bessie Smith and Patsy Cline so convincingly as to make them sound like her own. Time magazine pronounced the ground-breaking Dreamland, “the most exciting, involving vocal performance by a new singer this year.”

Madeleine, then an American who had been living in Paris as a street musician, suddenly found herself on the fast track to fame. Appearances at Lilith Fair and jazz festivals, and opening tours for Sarah McLachlan and Cesaria Evora followed, while Dreamland’s sales reached an impressive 200,000 copies worldwide. “It was great,” recalls Madeleine. “I got to perform with fantastic musicians. I got to see Nina Simone live. I could’ve kept running with it, but instead I stepped back and took a breather.”

Careless Love was released in Sept. 2004, eight years after the release of Dreamland. Waiting that long to release her sophomore album is admittedly not a typical career move, but then Madeleine is not a typical artist. Produced by Larry Klein (Joni Mitchell, Shawn Colvin), Careless Love was a world-wide critical and commercial and led to a recording career which has so far amounted to eight albums and countless live performances.

The Lazlo Device – You Stumble, I Fall

Alex Scheuerer – Between Heaven and Earth

The Best-Selling Albums Of All Time