“I Wouldn’t Mess With Them” – Rating Gangs in Film

We’ve chosen ten gangs featured in films and have rated them in terms of how they’d translate in the real world – in other words, would you fancy your chances or would you run a mile?

The T-Birds rivals in Grease, led by Leo, sensitively nicknamed Craterface. Not overly menacing, considering the amount of preening and the ultimate threat of taking possession of an incredibly difficult to park car. Ultimately, the fate of John Travolta isn’t one we’d mourn – we’re on Leo’s side.

Any gang in the Bronx of the 1970s isn’t going to be the kind of people to take home to meet your mum, but The Wanderers might come close. Pitched against the Ducky Boys and The Fordham Baldies, it’s largely handbags at ten paces, the gang warfare escalates to first, a football match, then a sing-song. Shocking. 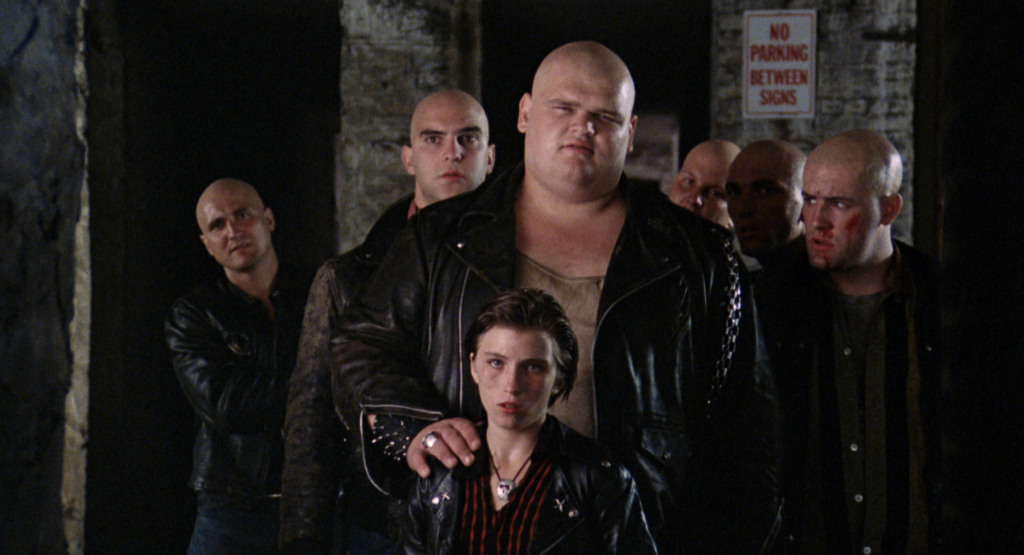 Led by David (Kiefer Sutherland), there’s an odd balance to be made here: a gang of the blood-sucking undead vs looking like a poodle-haired third tier rock band. We’d be ashamed to be on the losing side 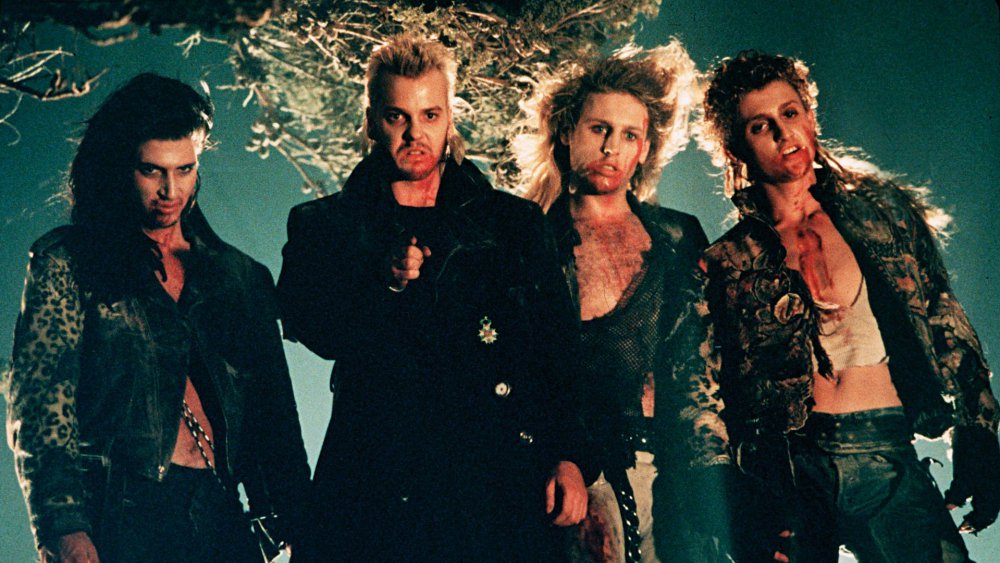 By any standards, Street Thunder were bad ‘uns. Causing untold problems to the inhabitants of a sparcely-populated neighbourhood of Los Angeles in Assault on Precinct 13, there can be no excuses made for the cold-hearted slaughter of both an ice-cream man and a bus driver. A all gets rather tense but Street Thunder is not a good name!

Alex DeLarge’s Droogs, in Stanley Kubrick’s A Clockwork Orange, are completely scattershot in their dishing out of the old ultra-violence, despite the disarming backing of Wendy Carlos’ score and some well-laundered white boiler suits. More concerning were the copy-cat gangs which sprang up in the wake of the hastily withdrawn film. Although no crimes were attributed to Droog-a-likes, it would have been an alarming legacy. 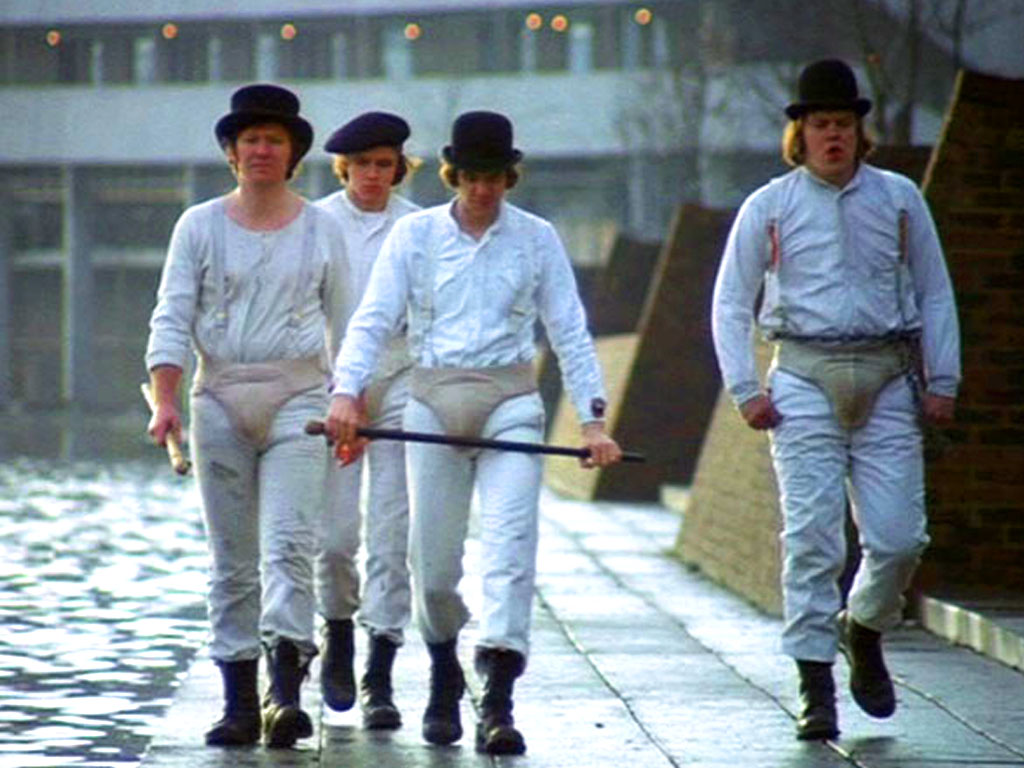 Led by Crawford “Nightrider” Montazano (Vincent Gil) in Mad Max, The Acolytes are a genuinely insane bunch of misfits with extremely impressive names – Toecutter and Bubba Zanetti were never going to be superheroes. With some extremely grisly crimes under their belt, it has an oddly downbeat ending, even when they are summarily dispatched, with the general tone being that there are plenty more where they came from (they weren’t wrong)

There’s no denying that Al Capone was doing some sterling work in supplying booze during the prohibition but the gang assembled, headed by Kevin Costner and with Sean Connery once again putting zero effort into accents, we wouldn’t feel overly threatened, but then, they did get their man, so what do we know? 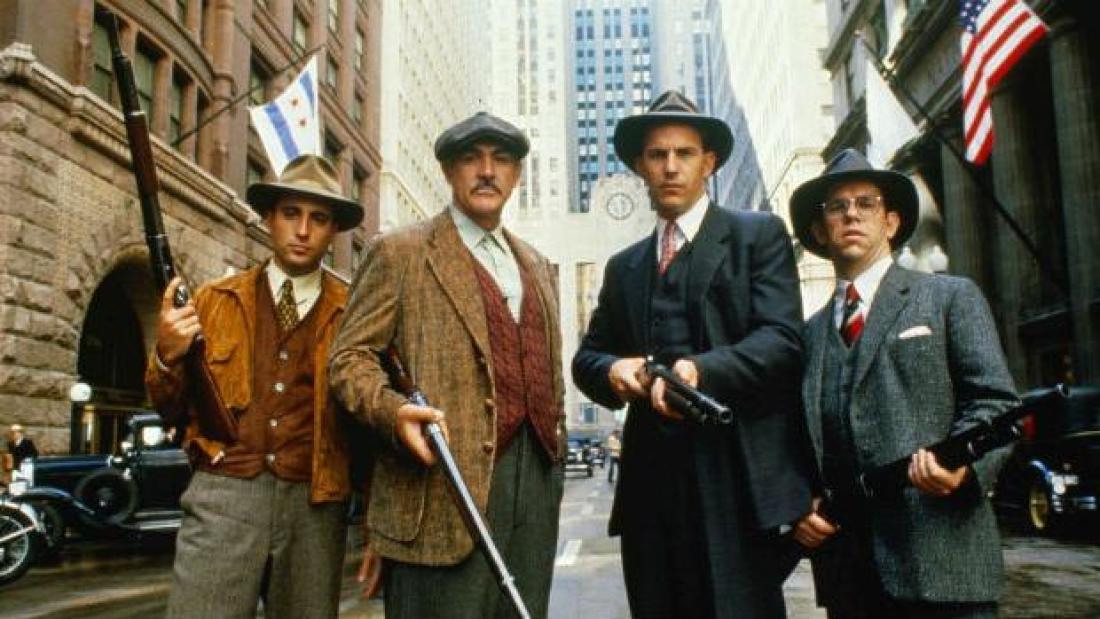 We’re not taking any arguments on this. The run very quickly and are second to none in terms of using the subway. Bear in mind, they take the top dog title away from their New York rival gangs, who consist of The Gramercy Riffs (the biggest baddies); The Turnbull AC’s (bald); The Rogues (hats and bandannas); The Orphans (rubbish); The Baseball Furies (baseball bats and make-up); The Lizzies (all-girl brutes – lots of hair); The Boppers (purple waistcoats); The Hurricanes (Spanish Harlem trilby-wearers); The Hi-Hats (top-hatted mimes); The Electric Eliminators (shiny yellow jackets); The Saracens (black vests); The Jones Street Boys (yellow and black striped jerseys); The Savage Huns of Chinatown  (odd pointy hats); Satans Mothers (motorbikes but no apostrophes); The Boyle Avenue Runners  (non-entities); The Moonrunners (nice necklaces with moon pendants); The Van Cortlandt Rangers (fedoras – hats basically meant you were in a gang; The Panzers (army gear); The Gladiators (not a trident nor a net in sight) 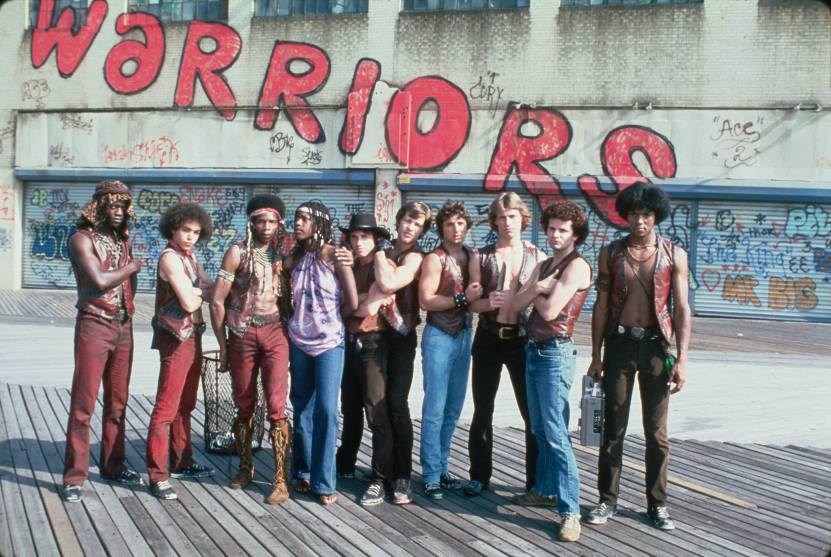 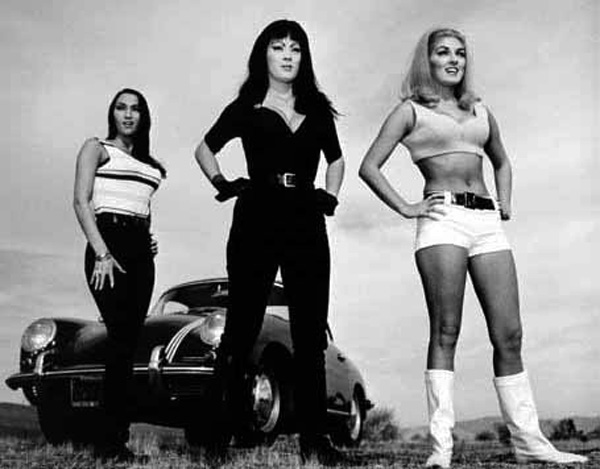 Help! One of our Landmarks is Missing!

No Fanfare as Disney Puts a Cork in...